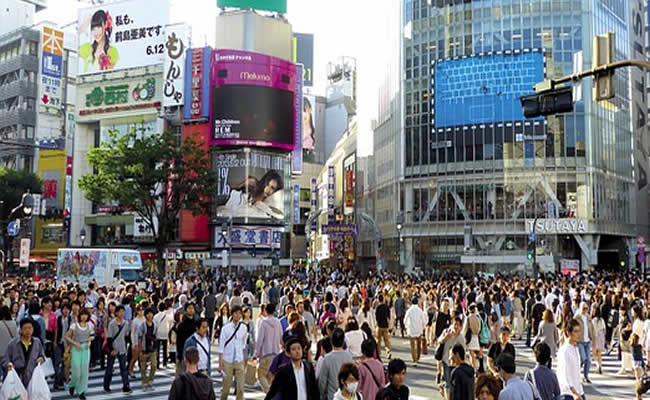 Situational awareness and life lessons: Living and working in Japan

It was really a dream come true when I visited Japan for the first time, many years ago. But of all the wonderful things I experienced in Japan during that time, working for a newspaper in Tokyo was right at the top of my list of WOW things! This was a chance for me to see one of the world’s most developed countries with a wide array in technology and trading. Different sectors include Information Technology, Banking, Automotive, Engineering, Retail, Communications and Electronics. Here some of the world’s biggest companies and industries originated; big names such as Toyota, Suzuki, Mazda, Honda, Nissan, Subaru, Mitsubishi, Kia, Daihatsu, Isuzu, Yamaha, Sony, Canon, Fujifilm, Nikon, Panasonic, Hitachi, Bridgestone and Kenwood Electronics. I had the privilege of visiting Toyota Motors – the largest company in Japan with a total revenue of 235 billion dollars – during my internship in Tokyo, and interviewing two of their managers about their exports to South Africa.

At this point, I was studying journalism at the University of Port Elizabeth (now NMMU) in South Africa to become a journalist. I did several internships during my honors degree, all over South Africa, but I managed to land an internship in Tokyo, Japan, at an English evening newspaper called The Asahi Evening News! Not only was I about to discover the culture and language of Japan, something I knew very little about, but I was also going to get first-hand experience of the ins and outs of the newspaper world in Tokyo, and I was going to see places in the city I would never see otherwise. I could not wait to get started!

Then the day finally arrived. It was 5 o’ clock in the morning when my alarm went off. I got out of bed, and put on the kettle to make myself a strong cup of coffee or  kohii as the Japanese say. Full of enthusiasm, I got ready for my first day of a two-month internship at the The Asahi Evening News.

About an hour later, I got on my bicycle, backpack on my back with everything I needed for the day, and off I went. It was already light outside as I cycled to the train station for the next part of my journey to the newspaper. I soon found the parking lot for my bicycle, where thousands of bicycles are parked every day – truly a sight to behold. Then I grabbed the train, or Yamanote Line, which is a train that goes around Tokyo and stops at every station. After about 20 minutes, I got off and tackled the last ten minutes of my journey to the newspaper on foot.

On my way to the office, I noticed that many advertisements alongside the road had celebrities in them. I later learned that the Japanese are absolute crazy about celebrities in ads. I still remember one coffee ad with Brad Pitt where he ran up a hill, shouted something in Japanese, and then drank a cup of coffee!

When I finally arrived, I was greeted by the editor and staff of the newspaper. After a few thorough introductions, they showed me that I can have breakfast there; either in the form of a Western breakfast, consisting of two buns, some jam and butter, or a proper Japanese breakfast with many wonderful and delicious surprises! Of course, I choose the Japanese breakfast, and so finally my journey at the newspaper started.

My first official interview for the newspaper was with two managers for Toyota Motors about their exports to South Africa. This was quite daunting, as everything was really formal and I had to know all the etiquette rules beforehand. I had my own business card, or meeshi in Japanese even though I was an intern! This is how important business cards are to the Japanese.  I learned early on to always have a business card with me when I went for interviews; and it is always good to have one with you in Japan, whether you are a business person, journalist or entrepreneur.

Another lesson I learned before my interview was that the Japanese do not shake hands traditionally like we do in South Africa (even though these days you do see that). Rather, they bow when greeting others. Also, the more important a person is in Japan, the lower you bow. It became a habit of mine to bow to people there. It eventually forms part of your daily routine. I even bowed to greet people back in South Africa, long after my visit to Japan – sometimes to the amusement of others!

The last bit of advice my editor give to me before my interview was this. Do not rush the Japanese. They take their time to make decisions and normally make a decision as a group. So, be patient and you will get your answers. This is good advice for anyone wanting to do business in Japan.

Another place where you can see this in practice is in restaurants or sushi bars. Many times when you are busy with a business deal, you talk about it in a restaurant where people take their time, eat slowly, think things over, and discuss it in a group. It may take a few hours before a decision is made. This is just how the Japanese do business. You have to earn their trust, relax with them, eat with them, and show them that they can trust you and do business with you.

A few weeks later into my internship, I went to do an interview with the owner of an African art gallery in Tokyo, and this turned out to become my most exciting interview. After a bit of a detour to find the place, I finally discovered the quaint little gallery, met the owner, bowed, and swopped out business cards. We started to talk about his gallery and about Africa. Here I was in a country thousands of kilometers from home, in a African art gallery, and I felt like was temporarily back home in South Africa. Art really is universal.

Then the owner told me he is also the director of an African film festival, and I decided to do a preview for the festival for the newspaper, which my boss back at the office later approved.

A few weeks later, I visited the art gallery again, and then discovered something truly interesting! One of the movies in the festival was a movie based on a German book which I did in German III at university the year before, and the people from the festival did not even know about the book! I therefore did an article for them on the similarities and differences between the movie and the book, something they really appreciated. It felt surreal that I could use information I learned in German class in Japan! It truly is a small world.

After many stories, adventures and getting lost in Tokyo a number of times, my final day at the newspaper finally arrived. I almost could not believe it was over. As a gesture from the managers at the newspaper, they invited me for drinks that evening to say goodbye and wish me well on my journey ahead. I have to be honest with you, there are few places in the world where people are as kind, friendly and warm than in Japan. It reminded to be the same towards others.

Anyway, that evening I sat down with the management of the newspaper (yes, it was a little daunting), but after a beer and some laughs, I started to relax. I thanked them for a wonderful, once-in-a-lifetime chance (even though my hair got a little greyer during my internship!) to be part of such a wonderful team. One thing you can say about the Japanese is this. They work very, very hard, but they relax just as much! The Japanese workforce is well-known for their excellent work ethics and high levels of productivity, and at the same time creating excellent quality work. They have a long history of recovering from historic events such as World War I and II, and always come out on top despite facing frequent natural disasters such as earthquakes and tsunamis. There are about 1 500 earthquakes in Japan every year. I experienced a few of these myself, even one while I was in the office at the newspaper on the ninth floor with the building shaking from side to side. Luckily, in Japan the buildings are created to withstand earthquakes.

A month or so later, I experienced another part of Japanese culture. My father was invited to visit a work colleague of him. We went to their house, and there we had to take off our shoes, and put on special slippers to wear in the house. Other than the fact that this helps to keep the house clean, it is also a symbol of respect. When you enter a business person’s home to talk about a business deal, taking off your shoes is also as sign that you enter the home, and the conversation, with a clean, fresh mindset and that you have the utmost respect for the person you are talking to.

We also took gifts for my father’s colleague and wife, as this is another part of Japanese etiquette. You always have to take a gift when someone invites you to their home in Japan, preferably wrapped as pretty as possible. Also do not refuse any gift if offered to you, although objecting at first is a sign of good practice. However, just be careful not to tell your host how beautiful something in their home is, because they might just offer it to you as a gift, which could get a little awkward!

Working and living in Japan has really changed my life forever. I have learned so much during my time there, and still apply all those lessons, even today. As an aspiring entrepreneur myself, and regularly meeting new people from other cultures and languages, I keep reminding myself that there is always something I can learn from others, and to always be kind, gentle and understanding.